I usually enjoy writing blog posts for Glengorm. But today, the words seem heavy and reluctant.

The news broke this morning that in England, Hen Harriers have completely failed to breed this year. The birds now face the very real prospect of extinction as a breeding species, and the titanic media battle between conservation bodies and the shooting fraternity has reached fever-pitch. 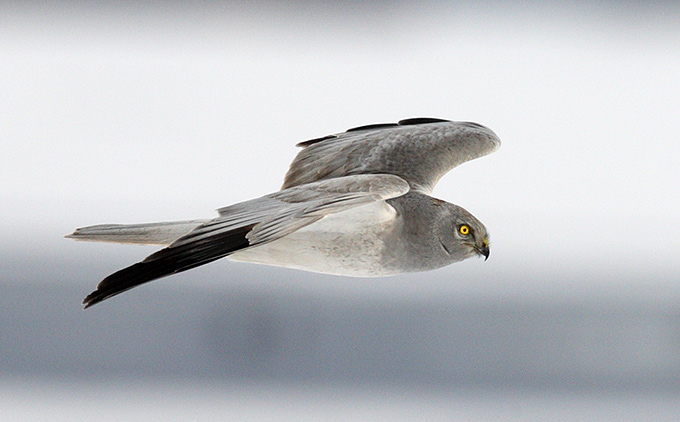 I do not profess to be any kind of expert on this subject: my perspective is that of an outside observer, not privy to the detailed facts and figures.

What I can express with certainty is my great sadness and anger that the future looks so bleak for the harrier. A blank year, they have called it. A year where, to the best of our knowledge, not one chick has been successfully raised on English soil.

It is clear that we have reached a seminal point in the history of our Hen Harrier population.

In Britain, it is possible to completely detach one’s self from rural life. The pace and pressures of modern living encourage us to become insular; absorbed in fighting day-to-day battles that scream for our attention and our energy.

Though many of us cherish time in “the great outdoors” – there will be countless others who have never learned to love the countryside, or who feel ill equipped to comment on rural affairs. The distance between rural and urban communities seems to yawn ever wider, and this is fertile ground for prejudice to seed. Take shooting, for example. I’m sure most people reading this have very strong views on the subject. In fact, I could go as far as to say that many dismiss it as an unsavory pursuit for the wealthy alone.

I myself do not fully understand the intricacies of this sport. I must admit that on the face of it, it isn’t really to my taste. However, that does not prevent me from seeing the benefits that well managed grouse moors can bring, both in terms of the environment and the economy.

Driven grouse moors have been heavily implicated in the decline of the harrier [and other birds of prey], but does endlessly pointing the finger in the media really help our cause?

To me, it serves only to further alienate the shooting industry from those who have no contact with it; fueling preconception without understanding – or even worse, apathy and indifference.

I believe wholeheartedly that there are many who manage their land in a sympathetic and responsible manner. I hate to see these people tarred with the same brush as those who are willfully breaking the law. Better to shout about good management, and encourage the public to engage with upland life, than to isolate those who most need our support and from whom we stand to gain so much.

Aside from media stone throwing – what action can be taken, physically, to help our Harriers? Not a great deal, in truth.

The birds are tirelessly monitored, especially during the nesting season, but they are vulnerable to attacks at winter roost sites and whilst foraging in remote areas. Birds killed illegally are usually discovered by chance; often by people visiting the uplands for recreational purposes. This suggests that many incidents go unreported, and therefore unrecorded: the scale of the problem is likely to be larger than our data can confirm. Legislation has been tentatively brought in to enforce vicarious liability, whereby landowners are held financially responsible for illegal activity on their property [-rather than just the individual perpetrator]. There has also been considerable support for a grouse moor licencing system to be put in place. I would like to think that licences would be issued based on the biodiversity and habitat quality maintained by each property, and that this would be more of a badge of honour than a shackle.

Good management could be crucial in the future: Hen Harriers are at risk not only from illegal persecution, but also from overgrazing and poorly-controlled heather burning.

As grazing pressure by deer and domestic sheep increases, mature heather stands are replaced by grass-dominated habitat. This is unsuitable for nesting Hen Harriers. The structure of prey species changes, with fewer grouse being present; though in some situations the abundance of small birds and mammals will actually rise. This can form part of harrier foraging habitat – but it is essential that grassland remains part of a matrix, rather than being too dominant. The burning of moorland to improve grazing also destroys tall stands of heather, and again reduces an areas potential as a nesting site.

Conversely, forest and woodland habitat is extremely important for breeding harriers; particularly when there are open areas close by to provide good hunting opportunities. Grazing intensity is usually low here, as is the frequency of burning [for obvious reasons…]

It would be prudent to remember that the shooting sector is a pool of skilled people with the knowledge, practical ability and manpower to implement better habitat management. They are people of the countryside, who understand the land and the wildlife that they work with. They operate in areas that are key to the survival of birds of prey, and control some substantial acreage. It is within their interest to promote good conditions for prey species such as the grouse [and therefore the Hen Harrier] rather than allowing land to become overgrazed and impoverished. Tapping into this resource could be of enormous benefit, if the correct exchange of information, support and recognition was put in place.

However, improved habitat management can only be beneficial if there is still a population of birds to exploit it. Without first taking illegal persecution into hand, we could be shutting the barn door long after the horse has bolted.

Scotland is still a stronghold for the Hen Harrier – yet even here, there are dark patches in the east for our birds to disappear into. Fortunately, Glengorm provides hunting territory for several pairs and the population on Mull is thriving.

You may not feel that this crisis affects you. You might never have seen a Hen Harrier, or have any particular desire to.

But rest assured: you are being robbed of your heritage.

I urge all of you to keep an open mind and back positive action – even if you have strong feelings about the shooting industry. With the best will in the world, there can be no denying that illegal persecution on grouse moors has been instrumental to the decline of the Hen Harrier. But, redemption could be at hand if we actively encourage and support good practice.

This we can do together as the public, even if we know but little of the countryside. Do not turn away from the shooting industry in distaste; rather, try to see how we can make it work for conservation, and help to preserve our rural heritage.

It is not the right of any person to deny others the sight of the Hen Harrier.

Speaking from my own experience on Glengorm, it is one of the most marvelous and lifting encounters anybody could hope to have.

39 comments on “Hen Harriers in England: are their Skydancing days really done?”